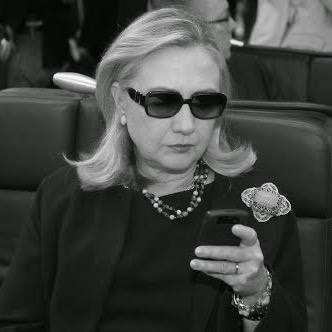 Hillary & Hubris: A Tragedy in Email

But the fact that she chose this solution shows very poor judgment in two critical areas.
First, Hillary’s email problem is a counter-intelligence nightmare. My buddy BJ Tucker, a brilliant guy all-round but with real expertise on CI, wrote to me:

CI personnel, if they are involved, would look to have the email servers undergo a forensic examination to look for intrusions, anomalies, etc. I suspect that would find a few because the State Department itself came under several cyber attacks – some of which are ongoing. Data was exfiltrated from State and its possible that an email floating in the archive would have her personal address on it. Once a foreign intelligence service, or a freelance hacker, had that they could use the email headers to track it down. I’m betting that how Guccifer found this email address in the first place. If a few reporters can figure this out, then we have to suspect the likelihood that a nation state did as well. This leads into the content of the emails. In the classified world we have a problem with aggregation. Aggregation occurs when someone marries seemingly disparate unclassified information into one document and inadvertently creating something that is classified. Happens quite frequently, but its become more of a problem in the cyber age. It’s possible that some of the emails contained sensitive information, and someone with access to the archive could start putting things together. Hopefully anything that has been pilfered – if anything was – is now outdated. Another thing to consider is that State has access to several different classified systems with email capabilities for program compartmentalization. Again, it’s not uncommon for users to get confused and share classified information on the wrong system, or worse put it on an unclassified system. This is something else that would be looked at.

So first, it was just bad security. Did no one tell her this?
But the bigger issue is how someone with her savvy and experience could make such a mistake.
Hillary spent the better part of a decade going back and forth with independent prosecutors over documents and tangling with “a vast right-wing conspiracy.” So knowing that there is this vast conspiracy on the hunt for her mis-doings she developed a email system practically designed to make them apoplectic with outrage and suspicion.
Well, haters gonna hate. Maybe Hillary, knowing how many were salivating to impugn her, was actually baiting them. This would rally her supporters closer and – by focusing on this on the campaign trial – save her from actually having to talk about issues. Understand, once you start talking policy some people will be happy, but some will not. If you can be ambiguous about your policy and let people see in you what they want, you are in a great position on the campaign trail.
If it’s a wonderful strategy. But I’m not sure it will work. The whole point of an experienced president, a steady hand on the wheel, is to not have endless pointless mini-crises, that devour the President’s energy and get in the way of actual work. Richard Neustadt called them “piglets” as opposed to the massive policy failure of the Bay of Pigs. If Hillary, with her vast experience and time in office can’t avoid “stepping in it” on this relatively minor issue, do we really want four years of this?
Roughly 47% of the electorate will go for Hillary no matter what and 47% to the other candidate. The election will come down to a relatively small number of people in key swing states. They are not wise Solons, recognizing their critical role as the ultimate decides of our great democracy. They are the least informed voters (welcome to democracy.) They will vote based on general impressions and this email issue reinforces the most negative impressions of Hillary. This email issue (and we are talking about the Clintons, so who knows what other strange stuff will come up) just reminds me people of silliness of the 1990s. One can easily imagine these uninformed yet critical voters, thinking, “Ugh, these people again? Aren’t we done with their craziness yet? Why are they rebooting that franchise?”