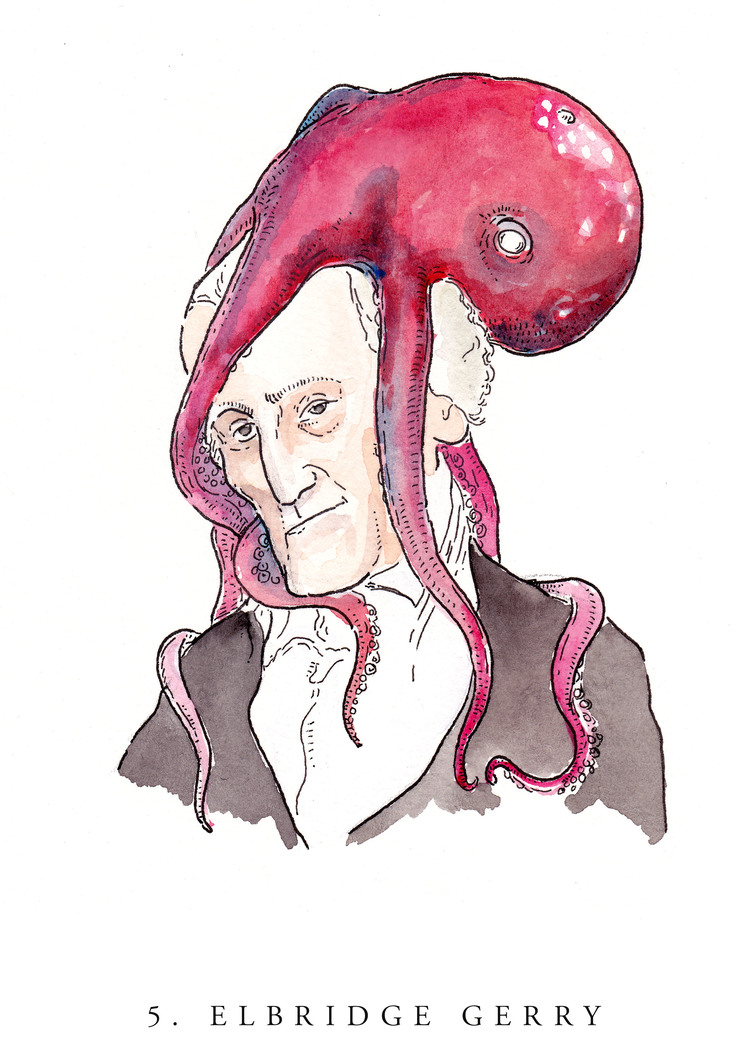 So the book is here VEEPTOPUS: VICE PRESIDENTS WITH OCTOPUSES ON THEIR HEADS, and it is spectacular! It is also SOLD OUT!

You can still get a Jon Crow original print of a vice president with an octopus on his (and perhaps one day soon, her) head. And you should.

I gave my dad a Spiro Agnew for Father’s Day and can’t wait to put up my print of my namesake (Aaron Burr – who may have inadverdantly inspired me to get into this business) on my wall.

Maybe Aaron Burr isn’t for you? How about Elbridge Gerry (he didn’t do much as VP, but he gave us the term gerry-mander.)

Maybe VPs with cephalopods aren’t your thing? How about Taft with a badger? 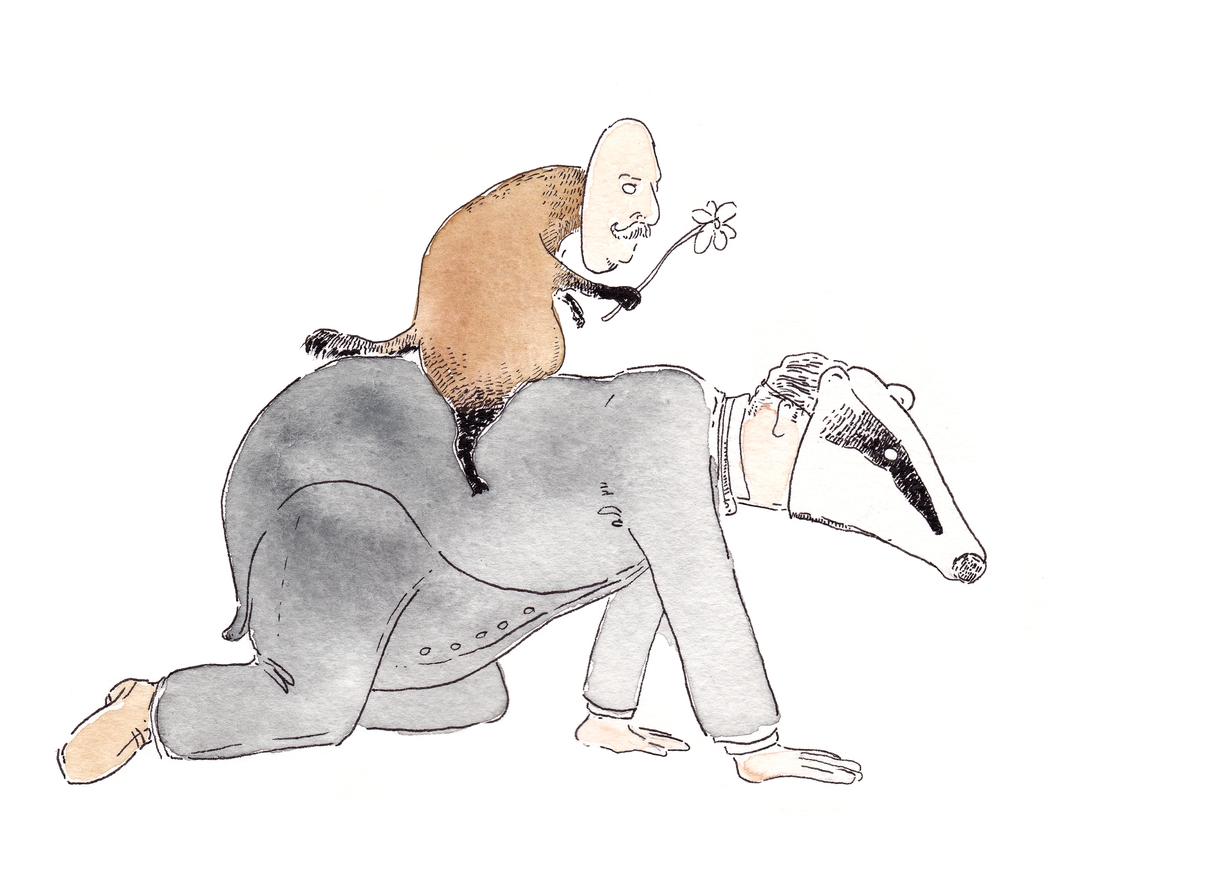 I have long been a supporter of the entire Veeptopus enterprise. So much so that I contributed a forward to the book. I’ve written (ok co-authored) three books. So I’m an author. But Forwards are written by august persona, leaders. The opportunity to lend gravitas to this worthy project was an opportunity I could not miss.

So, here is how I introduced this important (and beautiful) volume:

By placing octopi on the heads of vice presidents and
creating Veeptopus, Jonathan Crow has a done a great service to American
democracy.
The renowned political scientist Samuel Huntington once
observed, “Comedy depends on incongruity” and that American humor is born of
the incongruity between American ideals and American reality. Prominent but
powerless, the veep embodies incongruity.
The annals of the vice presidency include many formerly
prominent politicians, reduced to historical footnotes by their office.
Perhaps the archetypal denizen of the nation’s second
highest office was the fictional Alexander Throttlebottom of the 1931 George S.
Kaufman musical Of Thee I Sing. Throttlebottom
could only get into the White House by joining the White House tour. The tour
guide fails to recognize him and is surprised at how much Throttlebottom knows
about the vice president. Throttlebottom explains that the vice president is
nice enough, but no one wants to get to know him. “What’s wrong with him?” the
tour guide asks. Throttlebottom replies, “There’s nothing wrong with him. Just
vice-president.”
In recent years, the office has changed. In fact, after the
Cheney vice presidency scholars and pundits worried about unchecked vice
presidential power. An exaggeration perhaps, nonetheless, having spent the
better part of a decade studying them I can state that the individuals only a
heartbeat away from the presidency are Throttlebottoms no more.
So be grateful for Veeptopus in which Jonathan Crow restores
some of the incongruity inherent in the vice presidency, providing a much
needed antidote to the growing seriousness about our nation’s second highest
office.
Aaron Mannes, PhD
Author Veepcritique.com

A blog about the vice presidency