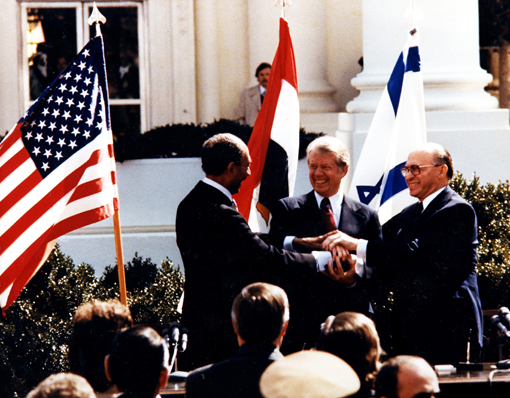 He only did the best he could. No man could do more – Jimmy Carter and Critical Empathy

Sick and dying the great reporter Damon Runyon covered FDR’s funeral for the Hearst papers. It was one last favor Runyon could do for his patron. Once allies, Hearst and FDR had become bitter enemies. Runyon recounted a man in a top hat watching the funeral procession telling his son, “I hated him most of the 12 years he lived in this town. I mean I hated him politically. Now I wonder why. He only did the best he could. No man could do more.”
Later, when the son mentions FDR’s penchant for funny hats his father says, “Yes, and I used to think his head was too big for them-for any hat. I know now that was a foolish idea. Why should he have been swell headed-a great man like him? What crazy things I said about him!”
I thought of this when the news came out that President Carter has cancer and his remaining time with us will be brief.

I have some definite issues with Jimmy Carter, but now is not the time to speak of them and, thinking on what Runyon wrote, they suddenly seem very small. As Carter prepares to shuffle off this mortal coil, he does so with grace – reminding us how it is that this man from such modest beginnings and with no national stature rose to the presidency.

Carter plays perhaps a larger role in my worldview than he does in U.S. history. First because my research is on the national security role of the vice president and it was Carter who pulled the vice presidency from obscurity to significance. Many things in politics are the product of major structural forces. Not this. Carter made a conscious decision to elevate and include his vice president in decision-making. If he had not made this decision, it is possible the vice president would continue to languish in relative obscurity.
Carter was also the first president I remember personally. I remember my parents (Jewish liberals) saying that they were going to vote for Ford because they weren’t sure about this southern Baptist Carter. (Hearing this my younger brother came out strongly for “Four” although I tried to persuade him to vote “Five.”)
I remember the inauguration, I also remember at the Pesach table the grown-ups saying, “Who is this guy?”
I was quite pleased to share what I had gleaned from my Scholastic Reader.
Then as I become more aware, there was inflation, an energy crisis, and the Iranian hostage crisis. Clearly, with everything going wrong, Carter was a lousy president. To my 9 and 10 year old mind, nothing could have been more evident.
I recently listened to this terrific podcast from War on the Rocks (where, full disclosure I’ve been a contributor) in which a bunch of scholar/practitioners talked shop. One of the participants, Frank Gavin, mentioned how the same Best and the Brightest who made the grave strategic mis-calculations behind Vietnam also (often on the same day) were the architects of a non-proliferation regime that has, on the whole, served the United States and the world extremely well. Gavin said that decision-makers do their best with the information they have and understanding these decisions calls for “critical empathy.”
For my dissertation I studied vice presidents (which is really about studying presidents) and that critical empathy began to grow. Because of Carter’s role re-shaping the vice presidency, I started with him. Carter was dealt a bad hand. Sometimes he played it badly, but he also had some real achievements. Israel-Egypt peace treaty and the Panama Canal treaties were major foreign policy achievements and they relied heavily on his personal initiative. As for inflation and the energy crisis, his options were limited. In that wonderful old musical “Of Thee I Sing” which brought us the memorably forgetable Vice President Throttlebottom there is this great bit of dialogue (from memory):

Carter actually did do right by the economy. He appointed Paul Volcker at Fed chair, knowing Volcker would raise interest rates and hurt Carter politically.

Carter definitely had his share of “own goals” where a chaotic process or poorly thought out initiatives hurt the administration. His efforts to emphasize human rights may not always have been wise, but it is difficult to fault them. On USSR the administration had a confused message because Carter could not bring himself to choose between the conciliatory Secretary of State and more belligerant National Security Advisor. When the Soviet Union invaded Afghanistan however, Carter reacted firmly and appropriately.

And of course, since it is in the news, Iran. In his interview, when he was asked about his regrets, Carter answered:

It was actually a lovely answer. It showed that after the White House he continued to grow and learn. (One of the great joys of my research was interviewing people with long distinguished careers. I was most interested in their interactions with vice presidents, but hearing the long arc of their experience was so very interesting.)

But, and this is relevant to our current discussions – particularly about ISIS – but also Russia/Ukraine, Iran, you name it. Carter had no good options in Iran. War or military action would probably have resulted in the hostages being killed. Perhaps the U.S. could have sacrificed those lives n order to make a “don’t mess with us” statement. But it is hard to criticize Carter for not being willing to toss away 56 lives. As for other options like counter-coups or subversion – these things all work better in the movies than in real life.

Critical empathy: I can look at Carter’s decisions (and those of all of his predecessors and successors) and conclude that they were perhaps unwise, but I also understand that this is hindsight. As Runyon said of Roosevelt, “He only did the best he could. No man could do more.”