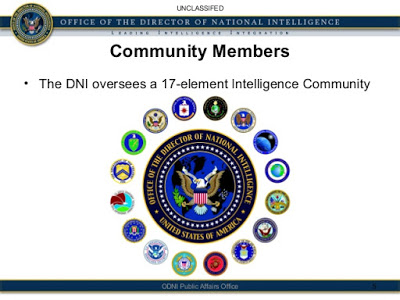 Vice Presidents and the Intelligence Community

If you’ve been following me on social media, you know I am just back from New Orleans, where I presented a paper at the Southern Political Science Association conference (and of course took in some of the delights of The Big Easy.)

The paper was an expansion on my recent piece for War on the Rocks about the vice president’s role in national security affairs. For WOTR I tried to provide a sort of user’s guide for the in coming president about how vice presidents can be helpful. In the academic paper I tried to be a bit more well, academic.
Quick Recap
My dissertation asked the question of why the vice president went from nothing to something over the past forty years (others have asked that question as well.) My major findings (no surprise to my regular readers – again, assuming I have any) is that we keep electing outsiders with little experience in Washington to the presidency. Those outsiders encounter policy vacuums where political insider VPs can help. Congress is the big one, but others crop up.
Next Question
My dissertation left me with the question of what exactly is this insider knowledge that the outsider presidents lack and the VPs can provide? Look, presidents have access to lots of advisors, what is so special about the VP?
To answer that question I looked across the five insider presidents serving outsider presidents to see if any areas regular popped up across administrations. I didn’t exclude Quayle, but didn’t expect to find much. Not his fault, he was VP to the wrong president. The key was to look for specificity. To say VPs help balance politics and policy is a bit general. To say that they help the president understand sentiment in congress and whether or not a particular bill can be passed is closer.
Findings: Consistent VP-IC Engagement
The most interesting finding was that each of the five VPs played a substantial role interacting with the intelligence community.
Mondale: Oversaw administration efforts to reform the intelligence community including the Foreign Intelligence Surveillance Act and drafting a CIA charter.
Bush: Former DCI, helped develop intelligence options for countering terrorism as chair of the Task Force on Countering Terrorism.
Gore: Pressed the IC to incorporate public health and environmental issues in their analysis. Along with his VPNSA Leon Fuerth, advised the president about intelligence operations including outing Iranian agents after the Khobar Towers bombing and carrying out covert renditions. Fuerth and Gore looked into the intelligence about an alleged assassination plot against former President Bush. Fuerth oversaw sanctions on Bosnia.
Cheney: Architect of the intelligence response to 9/11.
Biden: Brokered a dispute between DNI and DCI over who would appoint station chiefs.
This short list is about what is publicly known. It was happily augmented by another WOTR article that discusses the VP’s role shaping the all-important President’s Daily Brief.

There may be a great deal more as documents are declassified, oral histories compiled, and memoirs written. The point here is that VP’s tend to wind up engaging with the IC. With my academic hat on, I want to investigate this further to understand what this can tell us about the president’s needs and the role of the IC.
But the pundit in me is also intrigued. The President has famously feuded with the intelligence community, but now is trying to mend fences. But this might require more than a public appearance. Understanding and working with complex bureaucracies can be challenging, even without a political backdrop of distrust. However the President will need the CIA to carry out many of his policy goals. Further, the world is a complex place and the president may actually find he needs the CIA to help make sense of it, particularly as unexpected crises emerge.
My past research suggests that Pence could play a central role in mending that rift and helping the intelligence community meet the president’s needs, while interpreting the intelligence community for the president. As more than a few wags have observed, this administration will test a number of political science theories. This one is another.