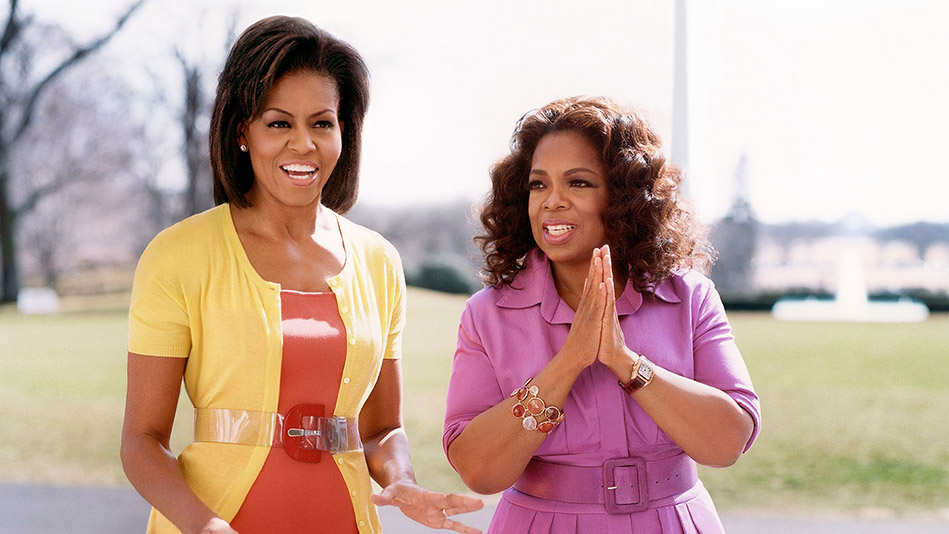 Oprah in the Oval Office? What does it really take to be President?

After an electrifying speech at the Golden Globes there is sudden excitement that Oprah Winfrey could run for president. The immediate questions are: Does she want to run? Could she win? I don’t know. From my perspective, the interesting question is how she might function as president. Really, it is an opportunity to analyze what being president entails, using Oprah as a test case.

Quick recap of where I’m coming from. My dissertation asked the question of why the vice president went from nothing (a figure of limited consequence) to a leading presidential advisor. The key factor is that for the past 40-plus years we have been electing outsiders, individuals with limited experience in DC — mostly governors. They have faced steep learning curves in office and turned to their vice presidents (who have consistently been DC insiders) for advice. I am in the process of re-working my dissertation into a book that turns this question upside-down and tries to clarify the nature of this insider advice.

In the meantime however, we have engaged in this tremendous experiment of electing not a mere outsider, but a actual amateur who has no political experience whatsoever. My thinking is that a true amateur, no matter how extraordinarily skilled, will struggle with the presidency.

Formidable/Extraordinary
The place to begin is evaluating Oprah Winfrey’s skills and capabilities. It is difficult to overstate them. She is very, very famous (a household name) and very, very rich (a multi-billionaire.) There are other people who are very, very famous but they are not also billionaires. There are other billionaires (about 2000), but only a very few of them could be described as famous. Certainly being famous makes it easier to get rich but off-hand I cannot think of someone who is famous who has also made billions.

One of the few people who is both very, very famous and very, very rich is Donald Trump. This comparison only emphasizes Oprah’s truly astounding achievements. Trump was born very rich and devoted his energies to becoming famous. His business career is checkered, but give the devil his due, Trump has a certain genius for celebrity. That isn’t the same as being a genius, and being very rich in the greatest city in the world made it easier to obtain publicity.

Oprah was not born wealthy – quite the opposite. If she had a achieved a small fraction of her current wealth or fame she would be extraordinarily successful. That she entered the very, very top in two different areas is an astounding testament to her talent and will.

The skills she developed in achieving her success would serve her well in the White House. As a journalist and TV-host she had to process a great deal of information quickly and communicate both information and emotion to large groups and individuals. In both of her careers she had to think strategically, make decisions, and set priorities. As a business-person she had to manage information flows and organizations. Put simply, if any amateur could step into the White House and be effective, it would be Oprah!

Learning Curves
It’s time for a silly thought experiment. Let’s pretend that Oprah decides to go into oil prospecting. Oprah Oil has a nice ring. She isn’t just investing in oil companies, she is buying land, drilling for oil, and getting it to market. (I know this is utterly illogical, but it’s a thought experiment!)

To be a good oil-person, Oprah would need to learn a lot about geology, mining engineering, energy logistics, and local environmental regulations – and probably a bunch of other stuff. Presumably, with her vast fame, she would have little difficulty raising money or recruiting talent.

If it is so easy to recruit talent, why can’t she just hire the best people?

Of course she can, but how do you know the best people are in fact the best. Everyone thinks their doctor is really good – but are they? It is mathematically impossible for everyone’s doctor to be good and how would someone evaluate this, what is the criteria?

Back to Oprah Oil: the best prospectors might not know the particular area in question or have certain preferred geological formations. The best drilling chiefs may have preferred approaches, etc. Ultimately, in this thought experiment, Oprah will need to learn from her mistakes in the oil business so that she can judge the advice she is receiving and make good decisions. Maybe you see where this is going…

Principal-Agent Problem
Quick bit of theory here. I am trying to show the classic principal-agent problem. Stated simply, when you hire/task someone to do a job for you – how can you be sure they are doing it well. Are they serving your interests, or their interests? Are they goofing off or working? Are they actually good at what they do?

If you spend all of your time monitoring your subordinates, you will have no time for your own work. Further, at the executive level there is a vast hierarchy. You can monitor subordinate executives, but down in the bowels of the organization it can be very hard to know exactly what is going on. Further, the subordinates may be performing functions in which the executive has limited expertise. The head of our oil company may know a great deal about oil production and transport – but not much about IT.

What Presidents Do
The first thing a president has to do is deal with people, either in mass (in speeches or on TV) or in small groups in ceremonial events and meetings. At the center of being a politician is getting people to like you. It can be exhausting, in part because it is an endless requirement. (Gives some insight to the introverted Nixon sitting in total silence on a boat with friends.) For some politicians it comes easily, for others it is hard work. Oprah undoubtedly can do this, although there will still be a learning curve.

Presidents also have to make big decisions. A president cannot be an expert in all of the policy issues that are addressed at the White House, but they need to know if a policy makes sense, is workable, and actually achieves the desired ends. At the same time, the president has to consider the politics. The optimal policy may not be politically feasible. Further, the tactical decisions made such as the media campaign or legislative strategy need to be considered. It isn’t just, will Congress pass it – how does this policy affect other priorities in terms of the budget, political optics, and legislative calendar. A really good chief of staff can make all of this go, but you have to be certain you have a really good chief of staff. Such uber-competent and loyal figures are rare.

Further, in foreign affairs, the instruments often have to be carefully considered. Are the tools being deployed adequate to the desired ends? The tools of statecraft are complex. As one of my interviewees, an individual with vast experience in Washington, explained:

Things don’t automatically occur to you on a Chinese menu, you have to understand each instrument. Very few people walk into office understanding the economic, political, and military instruments available to the president. There are two ways to get this knowledge. One is to walk in the door with it. The other is to have them explained to you.

In her terrific work, Professor Elizabeth Saunders explains how presidential experience in foreign affairs is important. It is experience that allows president’s to more effectively evaluate advice and plans and monitor subordinates. Frankly, to a great extent this applies to domestic affairs, as outlined above, as well.

So this is at the core of my dissertation. Outsider presidents, usually governors, are on the whole extraordinarily capable people but they struggle in the White House. As governors they have a reasonably good handle on domestic policy, although it gets harder. The media scrutiny in DC is far greater than in state capitals. The bureaucracy is much bigger and Congress is a more formidable body than any state legislature.  The learning curve in foreign affairs is even steeper.

So where does this leave President Oprah? First let’s look at a celebrity turned politician and then president.

Lessons from Reagan
Reagan was a celebrity who ended up as a pretty effective president. Before the presidency he served two terms as governor of California, so that he was pretty well grounded in how to be a politician – from horse trading with the legislature to interacting with the media. It is worth noting that Reagan had also served for years as the president of the Screen Actors Guild – which seems like a pretty useful experience. As a corporate spokesperson for GE Reagan delivered thousands of speeches at GE plants and Rotary Clubs and such around the country. He wrote these speeches!


This was more than just an exercise in rhetoric – although that shouldn’t be underestimated. (George Schultz remembers giving Reagan a copy of speech he intended to give. The President looked it over and with a few edits, transformed it from an op-ed to be read into a speech to be heard.)

In this process, Reagan worked out how he saw the world and where he stood on issues. He schooled himself on policy.

When, at 70, Reagan was inaugurated, he had been preparing for two decades. He made it all seem easy because he had actually worked very hard for a very long time.

Oprah could master these skills as well. But time is not on her side. It seems unlikely she could gain the needed skills by 2020 and in a few weeks Oprah will turn 64. Does she have a decade to invest in learning politics and be a viable candidate? Would a shorter apprenticeship be sufficient?

Of course, she could still run and win. This analysis is not about the political horse-race. Rather, it is an attempt to think about what we need presidents to do and why experience in comparable roles is important. I am still trying to get to my fundamental question of what is the unique advice insider VPs give to outsider presidents and what this tells us about the presidency.