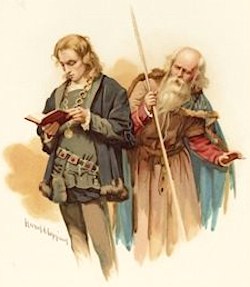 The other day I gave a short presentation where I attempted to summarize my ideas for my third book. (Not sharing any details just yet – but I have a proposal due soon: it’s a long-shot!)

It is at my local Toastmasters, where I’m an active member. Unlike most Toastmasters, I didn’t join because I’m petrified of speaking but rather because I love it and don’t get to do it enough. I use it as comedians use Open Mike Nights (a blast from my past), that is a chance to work out new material.

I was talking about presidents and was about to observe what to me is a seminal issue in studying politics and history: is it the man or is it the moment?

We like to focus on personalities and tactics, but quite often the issues are deeply structural. Jimmy Carter wasn’t a lousy politician because he was a technocratic engineer. He was actually a fantastic politician – he came out of nowhere to capture the presidency by finding a message that resonated and meeting huge numbers of people and impressing the hell out of them. He just picked the wrong time to be president.

But this post is not an extended discussion of Skowronek’s work on Presidential Time. This post is about writing.

Politically Correct or Courteous
First, let’s consider the political correctness factor. Am I just being a wimp to PC thugs? I don’t think so. The phrase I used effectively wipes women out of history. I was once schooled when I reflexively referred to scientists as “he.” This is an even bigger matter.

One could tell women to be a little less sensitive, and not assume that an off-hand remark was yet another mark of the patriarchy. But when considering the vast and often off-hand discrimination and devaluation that women face, one should in fact make every possible effort to be sensitive.

Side-note, I’m a white guy. I’m Jewish, but really that has not been a big source of discrimination in my life – I am hesitant to claim that my experience puts me in a camp with African-Americans, women or any of the groups in America that suffer from serious institutionalized and social discrimination. My wife, by the way is Latina, and that at times is eye opening for me. I hope it has made me more sensitive.

But, back to me, as a white guy, the whole system works in my favor. It is just that simple. Now, I suffer from imposter syndrome and bouts of self-doubt to a huge degree – and that’s with society telling me I’m great. Imagine if on top of the crippling doubt, I had society shouting at me, denigrating me, or harassing me. I’d crawl into a fetal position. Props to all the terrific women I know (including my wife) who have accomplished so much despite these obstacles.

My point is that this is not about political correctness, it is about courtesy.

We’ve got our alliteration back, but there are too many hard sounds. I particularly don’t like the d at the end. It needs to end soft, because the idea is an opening not a closing. Also, moment is a specific thing, period is less clear.

Not great, but it actually sounds ok. Except that the point of the phrase “is it the man or is it the moment,” is that we think of the key person first but then realize it is really about the context in which they operated. “Is it the period or is it the person,” reverses this in a way that defeats the point.

I came up with another alternative: “Is it the actor or is it the scene?”

I really like it. Scene is simply a wonderful word, great sound and nicely evocative. Actor too is specific and nails down an idea. The problem is that a great actor can make a lousy scene, and a lousy actor can ruin a great one. If the point is that in many cases great leaders had the fortune to lead at the right time, does this version give the person side of the equation too much credit and agency?