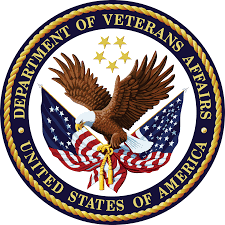 The VP and the Ronny Jackson VA nomination

I know the big news is more Mueller, but that’s not my thing. I’m about the Veep, and there is some fascinating news on that front.

CNN reports that the vice president’s physician had written memos to the White House chief of staff John Kelly that he had some problems with White House physician and erstwhile nominee to be Secretary of Veterans Affairs Ronny Jackson. Those memos were shared with CNN.

You can read the details in the report, but apparently on September 8, 2017 Karen Pence had a medical situation at Camp David and had to be taken to Walter Reed. Jackson got involved and revealed personal medical information about the vice president’s wife. When Ms. Pence learned of this she was displeased and told her doctor (who is not identified in the story) to take the issue to the Vice President’s Chief of Staff Nick Ayers, who in turn would inform Kelly. This led to charged meetings between the vice president’s physician and Jackson, which were detailed in the memos was described Jackson as “unprofessional” and “intimidating.”
The fact that the White House had this information (had had it for months) and yet Jackson was still nominated is just a reminder of how impulsive and utterly unprofessional the president’s process of selecting key appointees can be. But we already knew that really?
That’s the story.
But what’s the story behind this story? Why release this information now, with Jackson’s nomination and probably his career dead? What is the vice president up to here?
First, Pence probably had a big problem with Jackson personally, while also recognizing that he would be a big problem politically if he got the nomination. Taking this information to the president would have been useless, since the president was besotted with the handsome doctor who said such nice things about him on the TV box.
But then why didn’t these memos about Jackson leak to derail his nomination?

The Vice President must “row to his object with muffled oars.” Vice presidents that hope to remain close to the president cannot publicly or semi-publicly oppose or contradict the president. By semi-publicly that means disagreeing with the president in a situation in which it could become public – i.e. a meeting with a large number of attendees. If there are lots of attendees someone can leak it and get away with it. In a small meeting the leaker can be identified and held accountable.
If the memos had come out, the vice president and his office would be the first suspect and then Pence’s so far impressive record of absolute loyalty would be lost.
So why leak these memos now? Why kick the dead horse that is Ronny Jackson’s career?

Now I’m just theorizing. Leaking the memos is a brilliant move to have it both ways. Pence is now associated with the defeat of the politically radioactive Jackson (cool superhero, no?) He is disassociated with the terrible White House decision-making, and the memos will probably be seen as a signal that it was in fact Pence and his team that provided the information that sank Admiral Jackson (which is probably true.)
Yet, in no way did Pence publicly come out against the President’s choice. A neat trick. But, Pence did it before. The one clear issue that Pence can be tied to is firing Flynn.
This seems like a pretty elaborate scheme.

That’s not a question, but I think I know what I’m trying to say. First, I don’t believe in conspiracies in general. But we are in such a dysfunctional White House that my normal instinct to blame chaos instead of conspiracy may not hold. Also, have you met Nick Ayers?
Pence’s chief of staff is a wunderkind and quite a piece of work. He’s a genial, charming guy, who has an amazing killer instinct and an knack for walking the line. He’s got a knack for ingratiating himself with Trump (probably one of the reasons Pence hired him), but also can keep his distance. If anyone could pull this off, it’s Nick Ayers.
There’s a follow-up question.
Pence allies are all over the administration, with a particularly strong presence in health care related positions at HHS, including Secretary Azar (former executive with Indiana based pharmaceutical company Eli Lilly & Co.) as well as Centers for Medicare and Medicaid Services Administrator Seema Verma.
Does Pence have someone in mind for Secretary for Veterans Affairs?