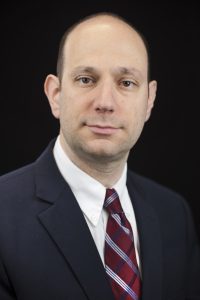 Dr. Aaron Mannes is one of the world’s leading experts on the American vice presidency.

This website is intended to share the many fascinating aspects of the U.S. vice
presidency. Studying the vice presidents and the office they held can shed new light on
American politics and history.

Dr. Aaron Mannes, alas, does not spend all of his time studying the vice presidency. He is
a lecturer at the University of Maryland School of Public Policy and a consultant to the
U.S. government. From 2004 to 2015 Dr. Mannes was a researcher at the University of
Maryland Institute for Advanced Computer Studies (UMIACS) where he was the subject
matter expert on terrorism and international affairs collaborating with an inter-
disciplinary team building computational tools to support decision-makers facing 21 st
century security and development problems. At UMIACS, Dr. Mannes co-authored the
first terrorism ontology, the first big data models of terrorist group behavior, and the first
book-length big data study of a terrorist group’s behavior.

Dr. Mannes has appeared in print and electronic media worldwide and is the author or co-
author of three books on terrorism (a fourth is on the way). He has written scores of
articles, papers, and book chapters on a wide array of topics including U.S. foreign
policy, the presidency and vice presidency, Middle East affairs, terrorism, technology,
and other international security issues for popular and scholarly publications including
Politico, USA Today, Policy Review, The Wall Street Journal, Foreign Policy, The
Journal of International Security Affairs, The Huffington Post, The National Interest, and
The Guardian.